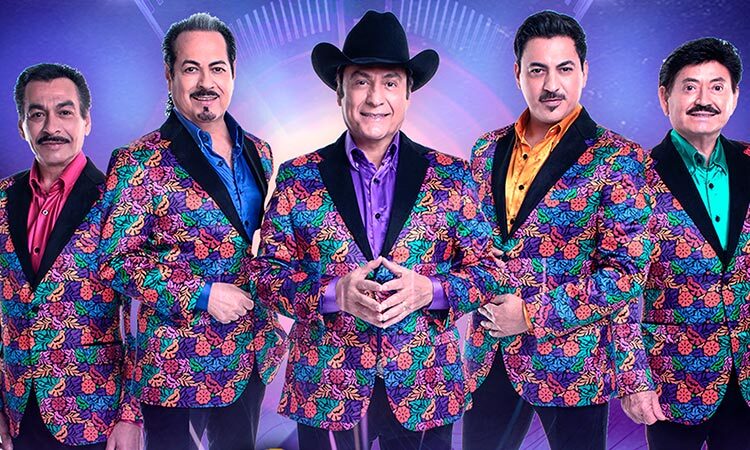 The group has taken the century old tradition of ‘corrido’ (story, song, celebrating the enduring pursuit of truth, justice and opportunity, whether by heroes or ordinary folk) as an art form. They’ve made it their own powerful vehicle to express not only the plight and adventures of many who have come to this country from different parts of the world seeking a better life for their families, but also to bring attention to the many challenges faced by working people.

The godfathers of the Norteño genre have towered in the realm of Latin music, taking the polka rooted Norteño sound and mixing it with true tales of social injustices and current events. Their unique lyrics of social conscience have endeared them to millions of people who see in them a reflection of their past, present and future. Thus their fans have affectionately nicknamed them ' Los Idolos Del Pueblo", (Idols of the town) for their sincerity and humbleness.

Comprised of founding musical director, lead vocalist and accordionist Jorge Hernandez, along with his brothers Hernán, Eduardo, Luis and cousin Oscar Lara, Los Tigres del Norte have followed their unique calling as musical messengers and documentarians on a journey that has brought them to unimaginable heights.

From the beginning, Los Tigres Del Norte’s music had been steeped in emotions of honor, pride and respect for their culture.

In 1968, a band of young brothers led by eldest child Jorge – all of 14, left their hometown of Rosa Morada, Mocorito in the state of Sinaloa, Mexico and headed to the United States in the hope of providing help in the support of their family. The group’s name came about when an immigration official called them ‘little tigers’ (nickname for kids) while crossing the California border. Since they were headed North, the name of Los Tigres del Norte (The Tigers of The North) was born.

The group established themselves in San Jose, California - the city that to this day remains their base. It was in San Jose during the early 70’s, that Los Tigres Del Norte was discovered by an aspiring music impresario named Art Walker - who happened to listen to a live radio presentation of the group broadcast from the local Parque De Las Flores on Keyes Street, where San Jose’s Mexican community congregated on Sundays.

The group quickly became the first artist signed to Walker’s upstart Fama Records, which in time became the leading Spanish language recording company on the West Coast. Upon signing, the group was advised to modify their sound from their traditional acoustic, to more of an electric sound with a full set of instruments (drum set, electric guitar, and bass) and went on to record their first album. With time, the group modernized their music, exploring elements of boleros, cumbias, rock, and waltzes.

Their socially conscious tradition began to manifest itself on Los Tigres Del Norte’s earliest hits, such as “Contrabando Y Tracion,” a tale of contraband and betrayal starring drug trafficking couple Emilio Varela and Camelia La Tejana (1971), and 1973’s “La Banda Del Carro Rojo”. Their preeminent role as a leading voice on the struggles of immigration took form with later songs such as: “La Jaula De Oro” (1986) which spoke of life in the ‘gilded cage represented by the United States, where immigrants enjoy economic progress but their childen often forget their culture.

As part of Los Tigres’ mutually agreed musical mission, the group has never allowed their image to be misrepresented by being photographed with weapons or by the use of offensive language in their music. They have also taken it upon themselves to express their love and respect of women in their songs and to never glorify ‘narcotic’ themes, instead approaching the subject in the group’s role of “true-to-life” storytellers.