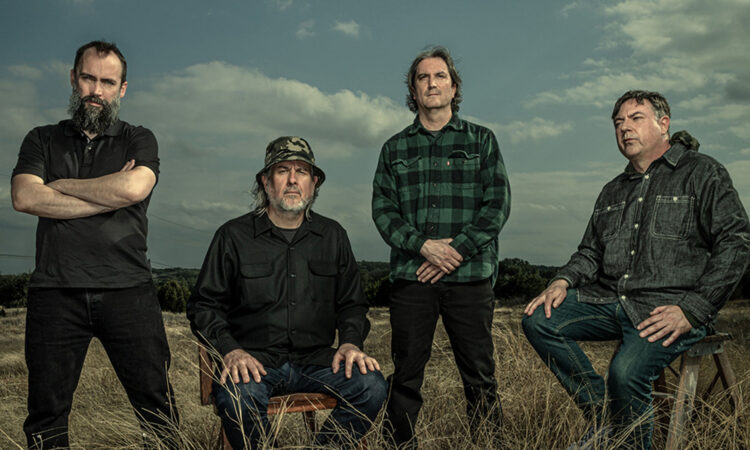 CLUTCH shares more in common with The Grateful Dead, Rush, and the Allman Brothers than their heavy riffs and heady twists-of-phrase might suggest. Because like those bands, the supporters who adore CLUTCH are there for the experience, community, and authentic connection.

To love CLUTCH is to feel a sense of ownership, membership, and belonging.

A worldwide cabal of fans and critics cherish the band’s dense and diverse catalog of underground classics, released through major labels, indies, and since 2009, Clutch’s own Weathermaker imprint. Sunrise On Slaughter Beach, the band’s thirteenth studio album, is a slamming summary of everything that makes the band great and another giant leap forward into career longevity.

“There’s no question that Clutch etched themselves a name in the pantheon of great rock bands,” Lambgoat wrote in 2004. Classic Rock Magazine counted 2013’s Earth Rocker and 2015’s Psychic Warfare among the 50 Best Rock Albums of the 2010s. Rolling Stone described 2018’s Book of Bad Decisions as “bathed in the grit and liberal fuzz tone that have made their live shows legendary.”

Those live shows over the years include tours with Slayer, System Of A Down, and Marilyn Manson, and more recent co-headlining treks with Dropkick Murphys, Killswitch Engage, and Mastodon. Like Slayer or Iron Maiden, CLUTCH outlasted rock bands anchored to “hit songs” and the pressure of replicating them. The foursome from Germantown, Maryland, isn’t bound by trends. Across 13 studio albums and assorted releases since 1991, they’ve earned a reputation as one of the best around.