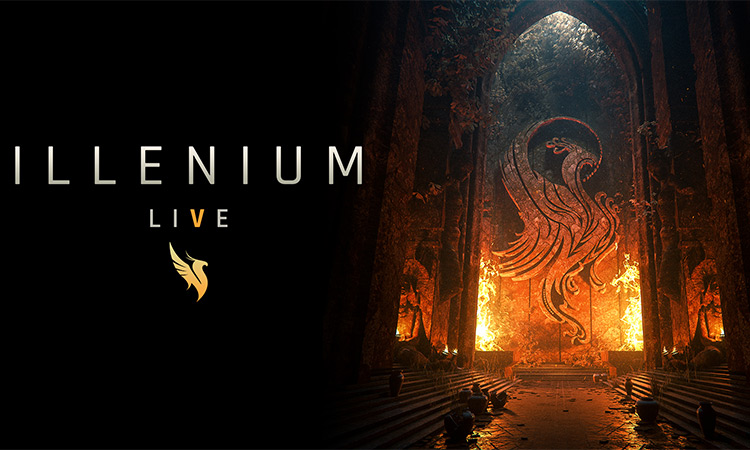 ILLENIUM announced his massive 2023 headlining world tour ILLENIUM LIVE. Throughout the year, he will take his biggest and boldest blockbuster live set on the road through North America, Europe, and Australia. The tour kicks off in North America at The Gorge in George, WA on May 27 and includes stops in his hometown of San Francisco,Minneapolis, Dallas, Atlanta, Brooklyn (NY) and Chicago (Bridgeview). The tour winds through Europe and Australia with shows in Milan, Paris, London, and Sydney, before wrapping up in Brisbane on December 2.

“Luv Me A Little” lands in the wake of his 2022 releases, “Worst Day” [feat. MAX], “From The Ashes” [feat. Skylar Grey], the #1 US dance radio hit “All That Really Matters” [feat. Teddy Swims] and “Shivering” [feat. Spiritbox]. The dance music superstar also closed out the year with a remix of Taylor Swift’s #1 Billboard Hot 100 smash “Anti-Hero.” Very soon, he will reveal the full scope and line-up of collaborators on ILLENIUM and shine a light on his sonic, visual, and emotional evolution once again. This is ILLENIUM’s first full length offering since 2021’s FALLEN EMBERS, which earned him a Billboard Music Award for Top Dance/Electronic Album, garnered his first GRAMMY® Award nomination for Best Dance/Electronic Album, and pushed his total career streams to over 7 billion.

Making a statement with his most powerful, passionate, and pure work to date, get ready to experience ILLENIUM like never before in 2023.