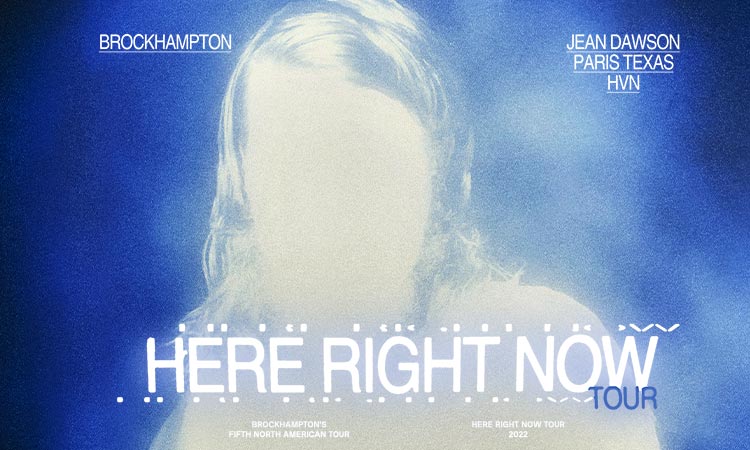 A left-field hip-hop act whose material ranges from ominous posse cuts to light R&B ballads, BROCKHAMPTON emerged from the youth underground as a self-described "all-American boy band" similar to other collaborative rap posses like Odd Future and Wu-Tang Clan. After their 2016 debut, they issued a trio of chart-climbing albums -- Saturation, Saturation II, and Saturation III -- within a six-month span in 2017. With time, their sound evolved and they matured, signing to the majors for late-2010s sets iridescence and Ginger. The crew kicked off a new era in 2021 with Roadrunner: New Light, New Machine.

The band's first lineup took shape on New Year's Day 2015 in San Marcos, Texas, and by the end of the year BROCKHAMPTON prevailed as winners of the VFILES Loud! talent search. This enabled them to issue the single "Dirt" via Fool's Gold, after which they self-released the mixtape All American Trash in March 2016. Their widely distributed debut full-length album, Saturation, arrived in March 2017 and featured the input of members Kevin Abstract (Ian Simpson), Matt Champion, Romil Hemnani, JOBA (Russell Boring), Dom McLennon (Dominique Simpson), Ameer Vann, and Merlyn Wood (William Wood).

The band swiftly followed up with Saturation's sequel -- Saturation II -- later that summer. The effort entered the Billboard 200 just outside the Top 50. That winter, the boys issued their third album of the year, Saturation III. The final installment in the series was also their highest charting to date, peaking at 15 on the Billboard 200 and at number five on the R&B/hip-hop chart. In early 2018, as the group's star continued to rise, BROCKHAMPTON parted ways with Vann after allegations of sexual misconduct surfaced. Forging ahead, they entered the studio -- recording at Abbey Road and their Hawaiian base -- and released their fourth LP, iridescence, in September. Their first for RCA, the album debuted at the top of the Billboard 200. The following year, in addition to a hit solo album by Abstract, the crew issued Ginger, featuring the singles "Boy Bye," "If You Pray Right," and "I Been Born Again." Featuring appearances by Deb Never, slowthai, and new member Victor Roberts, the set debuted at number three on the charts.

The crew returned to action in 2020 at the start of the COVID-19 lockdown, releasing new tracks in a digital series dubbed Technical Difficulties. Some of this material would evolve and eventually land on their sixth album, Roadrunner: New Light, New Machine. Released in April 2021, the intensely introspective set featured appearances from A$AP Rocky, A$AP Ferg, Danny Brown, Jpegmafia, Charlie Wilson, and more.