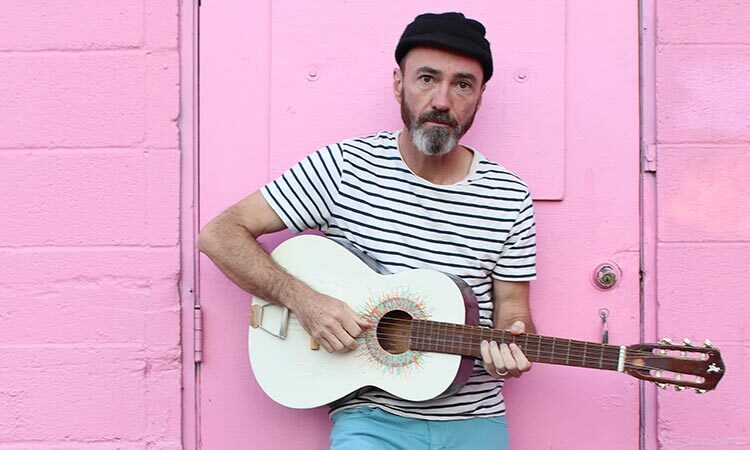 The Shins are a GRAMMY nominated American band formed by James Mercer in Albuquerque, NM in 1996. Their debut full length, Oh, Inverted World caused a seismic shift in the indie rock world upon its release in 2001, singlehandedly ushering in the modern era of the genre. With six full length albums released to date, including The Worm’s Heart which is comprised of “flipped” or alternate/opposite versions of each of the original songs on Heartworms, the band continues to redefine and push the boundaries of indie and alternative music.

The sophomore effort from Oregon-bred trio Joseph, Good Luck, Kid (2019) is a road movie in album form, an odyssey that turns emotional, existential, and entirely literal. With their intimate storytelling and restless intensity, Natalie Schepman and her sisters Allison and Meegan Closner detail that journey in songs that careen, sprawl, and often soar, ultimately spinning a narrative of life-changing transformation. “The through-line of the album is this idea of moving into the driver’s seat of your own life—recognizing that you’re the adult now, and everything’s up to you from this moment on,” says Schepman. “It’s just the universe looking down on you like, ‘Good luck, kid.’”

Joseph grace every song with the captivating chemistry they first discovered upon forming in 2014. Spontaneously choosing their name on a trip to visit their grandfather in the Oregon town of Joseph, the band got their start playing backyard parties, and gradually amassed a devoted fanbase. Following the release of I’m Alone, No You’re Not (2016)—an album made with Mike Mogis (First Aid Kit, Jenny Lewis)—Joseph soon began taking the stage at major festivals like Bonnaroo and touring with such artists as James Bay and Amos Lee.

In Good Luck, Kid, Joseph deliberately strayed from the dreamy folk of their 2016 debut, giving way to a far grittier and more dynamic sound. Produced by Christian “Leggy” Langdon (Meg Myers, Charlotte OC), the result is a nuanced breed of pop/rock built on thick drums and lustrous guitars, heavy grooves, and radiant melodies. Despite that bolder sonic palette, Good Luck, Kid remains centered on the band’s crystalline vocal work, including the otherworldly harmonies that suggest a near-telepathic connection among sisters.