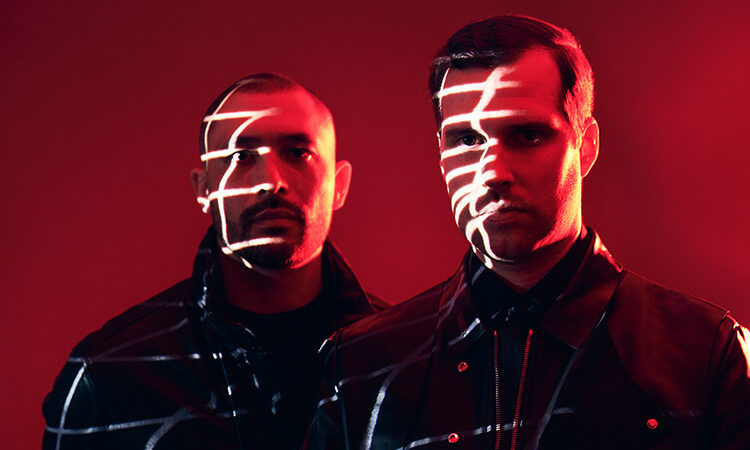 Based in Los Angeles, SLANDER are an electronic DJ/producer duo known for their emotional strain of melodic future bass, house, and heaven trap. Derek Anderson and Scott Land began working together in the mid-2010s remixing tracks for artists like Showtek and Alison Wonderland and forming an ongoing collaboration with fellow L.A. producer NGHTMRE. During the latter half of the decade they established themselves as globally recognized performers and producers known for hit songs like 2019's "All You Need to Know" with Gryffin and "Love Is Gone" with Dylan Matthew. In 2022, after four EPs and dozens of singles, SLANDER issued Thrive, their debut full-length.

Friends since college, Anderson and Land later forged their creative partnership at the L.A. production school Icon Collective where they also met future collaborator NGHTMRE. A spate of 2014 remixes included Above & Beyond's "Love Is Not Enough" and Showtek's "We Like to Party." The latter remix was done alongside NGHTMRE who joined SLANDER for the 2015 joint EP Nuclear Bonds. Over the next few years the duo split time between remixing artists like Kill the Noise and Halsey, releasing their own Duality EP, and playing major festivals like Tomorrowland, EDC, and Ultra. They continued to build up their original profile with 2017's Dilapidation Celebration, a joint EP with Kayzo, and tracks like "Superhuman" and "Kneel Before Me," a collaboration with Crankdat and Asking Alexandria. They also became regulars on the Monstercat label, which released their third EP, 2018's The Headbangers Ball. SLANDER closed out the decade with two of their biggest hits in the Gryffin collaboration "All You Need to Know" and the Dylan Matthew-assisted "Love Is Gone."

Throughout 2020 and 2021, the duo remained prolific, releasing another NGHTMRE collaboration, "Feeling Gud," and working with artists like Excision, Subtronics, and JT Roach. Along with several new songs, the duo's 2022 full-length, Thrive, included the highly streamed "All You Need to Know" and "Love Is Gone."
Read More