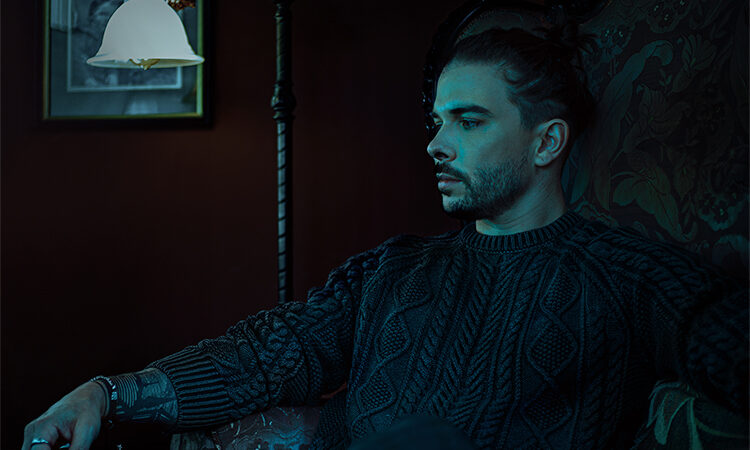 Melding mainstream pop, trance, and dubstep, California producer Jeff Montalvo quickly amassed a cult following under the alias Seven Lions, which issued the debut EP Days to Come in 2012. He made his Billboard 200 debut with third EP Worlds Apart in 2014. After follow-up EPs like 2015's The Throes of Winter and 2017's dance chart-topping Creation reflected a growing emphasis on song form, he landed just outside of the dance/electronic Top Ten with 2019's "Need Your Love," a collaboration with Gryffin and singer/songwriter Noah Kahan. A decade into his recording career, he presented his first official album-length release, Beyond the Veil, in 2022. The onetime drummer transitioned to music production in 2007, and shortly thereafter he won a competition held by the trance act Above & Beyond by remixing their song "You Got to Go." Success snowballed. At 25 years old, Montalvo's debut EP, Days to Come, was mentioned on Vibe's Top Electronic Albums list of 2012, and later that year he gained attention internationally when his music picked up regular rotation on BBC's Radio 1. A second EP, Polarize, was released by Viper Recordings in April 2013. He moved to the Casablanca label, and a year later, the Worlds Apart EP hit number two on the Billboard Top Dance/Electronic Albums chart, also entering the Billboard 200. Continuing a slowly growing emphasis on song form, The Throes of Winter returned him to both charts in 2015 and topped the Heatseekers Albums chart. In 2017, the Creation EP became his first Billboard dance/electronic number one. The following year, Seven Lions launched his own Ophelia record label, marking the occasion with the single "Calling You Home." More label releases followed quickly, including the Ocean EP with Jason Ross, and the Start Again EP, which included the single "Dreamin'," with Fiora. Also in 2018, he paired with SLANDER and Dabin on the single "First Time" and issued the guest-heavy Where I Won't Be Found EP, featuring the likes of Skyler Stonestreet and Unlike Pluto. Collaborations with Wooli, Trivecta, and Crystal Skies, and the dance/electronic number 12 hit "Need Your Love," with Gryffin and Noah Kahan, were among his releases in 2019. Seven Lions delivered the EP Find Another Way in 2020. That year also welcomed the arrival of tracks "Don't Wanna Fall" (with Last Heroes and Haliene) and "Only Now" (with Tyler Graves), the latter of which landed in the Top 40 of the dance/electronic songs chart. The remix EP 1999 then followed in 2021. In October 2022, collaborations with So Below, Lights, and Vancouver Sleep Clinic were among the tracks to appear on Seven Lions' first official album, Beyond the Veil.
Read More