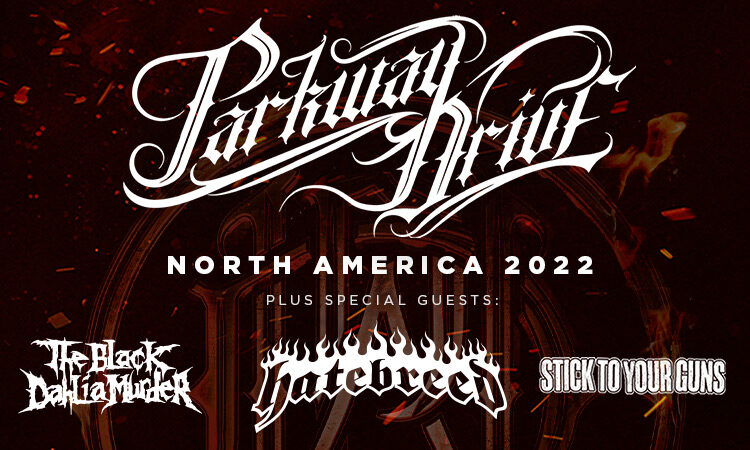 NORTH AMERICA 2022 TOUR CANCELED​​​​Dear friends, family and fans,​​​​This is something we never thought we would be writing, but we not only all believe you deserve an explanation, but we feel the need to communicate and connect with true honesty. Firstly, this is hard, please know we are fully aware that another canceled tour is not what you want to see from us, and for any expectations or plans we have messed with, we are truly sorry.​​​​We have been doing this thing called Parkway Drive for nearly 20 years. We started as kids and never looked back. It has been a wild ride, but over those years, the relentless nature of being in this band has given us very little time to reflect on who we are as individuals, who we want to be and the toll it is taking on ourselves and our friendships. It has always been 100% commitment or nothing. We feel the limit has been reached and we don’t want to fuck this up. The same devotion that we have put into everything before, we are now putting into processing what these 20 years have done to us. With this, we aim to grow and return stronger for what is yet to come. We know what we need to do and we humbly ask for your respect while we take this time for the growth that is needed. It has been said that it is better to burn out than to fade away. We do not want either, so know that our return will burn brighter than the past.​​​​​Jeff, Luke, Ben, Jia and Winston.

In 2020 band released the documentary ‘Viva The Underdogs,’ which features over a decade of behind the scenes personal footage, coupled with unprecedented access to the band’s most explosive live tours and world’s biggest music festivals. The soundtrack for the documentary was released in the same