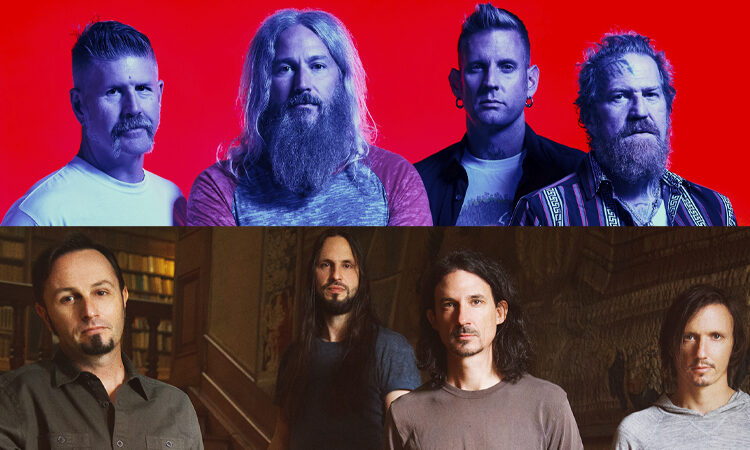 *Details of the VIP Experience will be emailed to buyers about 3-5 days before the show.

*Details of the VIP Experience will be emailed to buyers about 3-5 days before the show.

ABOUT MASTODON:
GRAMMY® Award-winning band Mastodon continue to chart their own course through their highly successful music career. Founded in Atlanta, GA during 2000 by Troy Sanders (bass/vocals), Brent Hinds (guitar/vocals), Bill Kelliher (guitar) and Brann Dailor (drums/vocals), the group have unleashed a series of influential albums. Rolling Stone notably cited 2004’s Leviathan on its coveted The 100 Greatest Metal Albums of All Time. Meanwhile, Crack The Skye closed out 2009 on year-end lists by everyone from TIME to SPIN. They delivered three consecutive Top 10 debuts on the Billboard Top 200 with The Hunter [2011], Once More ‘Round the Sun [2014], and Emperor of Sand [2017]. “Sultan’s Curse” notably garnered their first GRAMMY® Award in the category of Best Metal Performance. Mastodon have been nominated for GRAMMY’S® five times to date. The group commemorated their late manager Nick John with their 2019 take on “Stairway To Heaven,” affectionately entitled “Stairway To Nick John.” Initially released for Record Store Day, all proceeds benefit the Hirschberg Foundation For Pancreatic Cancer Research. Their evolution continues later this year, with their ninth full-length offering for Reprise Records produced by David Bottrill [Tool, Rush], HUSHED AND GRIM.

ABOUT GOJIRA:
Taking their name from the original Japanese pronunciation of Godzilla, French heavy metal quartet Gojira have risen from the utmost obscurity during the first half of their career to widespread global recognition in the second. Combining elements of thrash, death, math, groove, progressive, and post-metal with philosophical and environment-themed lyrics, the band found mainstream favor in 2012 with the release of their fifth long-player L'Enfant Sauvage and doubled-down on that success with 2016's Grammy-nominated Magma and 2021's hard-hitting and versatile Fortitude.
Read More