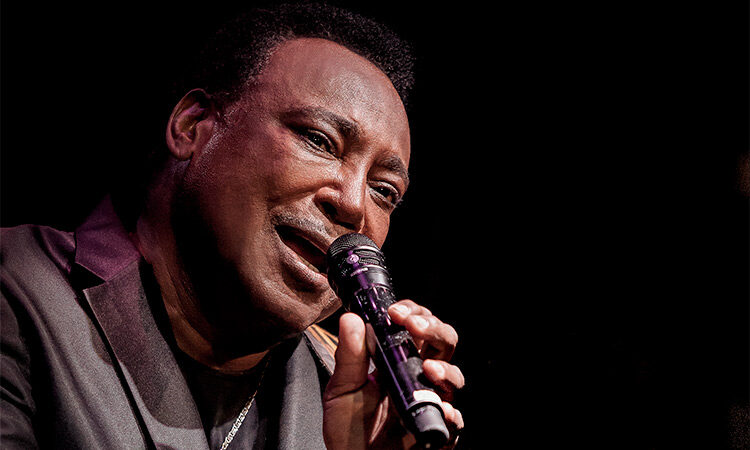 Jazz Cruises is thrilled and honored to bring 10X Grammy® winner George Benson to St. Louis. George will perform on May 12, 2022 at The Factory. Opening for George will be a band led by three musicians who have earned a combined 11 Grammy® awards, Eric Marienthal, Randy Brecker, and George Whitty.

St. Louis is the home of Jazz Cruises, which, for more than 22 years, has been the world leader in producing jazz programs at sea. Benson, Marienthal, Brecker and Whitty have each performed numerous times on various cruise programs produced by Jazz Cruises. Bringing their talents to St. Louis is a fitting tribute to Jazz Cruises commitment to the local jazz community.

George Benson has the rare dis/nc/on of being in the pop consciousness while remaining in the pantheon of jazz greats. The iconic guitarist/vocalist/songwriter fearlessly follows his muse—the melody—across genres, eras, and perceived expecta/ons with elegance and imagina/on. Benson embodies jazz’s improvisatory spirit, restlessly shapeshiCing and searching while retaining his own elegant essence: his honeyed vocals, guitar lines that veer from lyrical to dazzling, and his penchant for slick grooves from blazing be-bop to sultry neo-soul.

“When I grab my instrument, I ask myself this ques/on: How come no one has ever explored this? I am constantly puMng new tools in my arsenal, and I’ve also invented a few things along the way,” the pop-jazz-R&B legend says with a good-natured laugh.

With 36 studio albums, and 8 live albums, the 10-/me Grammy-winner has summited the pop, R&B, soul, and jazz charts. His 1976, three-/me Grammy-winning album, Breezin’, boas/ng the pop-jazz vocal smash “This Masquerade,” topped the jazz, pop, and R&B charts and remains one of the best-selling jazz albums of all /me—it has since been cer/fied 3x pla/num. Benson’s 1980 smash, “Give Me The Night,” produced by Quincy Jones and wri]en by Rod Temperton (Michael Jackson), rocketed to the top of the soul single charts. In 2009, Benson was awarded the NEA Jazz Masters Fellowship— the highest honor that our na/on bestows on jazz ar/sts. In addi/on, Benson has rightly earned a Hollywood Walk of Fame Star and honorary doctorate degrees from Morris Brown College and the Berklee College of Music.