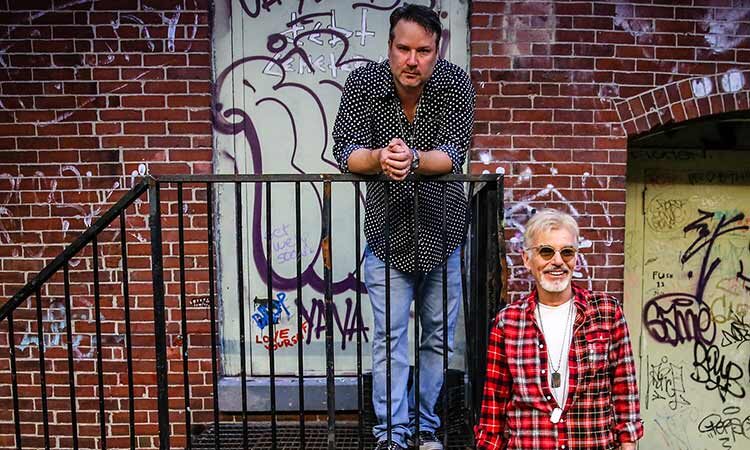 Anxious to return to the road, The Boxmasters’ J.D. Andrew and Bud Thornton are pleased to announce dates for their Summer 2021 “Light Rays” Tour. Stops will be made from coast to coast in both band and fan favorites such as Knuckleheads in Kan-sas City and The Hi-Fi in Indianapolis. New venues in Massachusetts, Ohio and Ne-braska are among those eagerly anticipated on this tour in support of their 10th album. Released in October of 2020, Light Rays led off with the single “Breathe Easy” which was a song that was very personal to Bud. “I wrote it to my daughter Bella, explaining that someday she’ll understand why I’m so over-protective. I think it is a song any par-ent can relate to.” Light Rays also includes the cuts “Satellite Guy”, a song that owes a sonic debt to the legendary Los Angeles band War, the title track “Light Rays” - about a person in an institution singing to the object of their infatuation, and “Learn To Be”, a song that says people are not born to hate. The lone cover on Light Rays is “Come What May” written by The Yardleys’ Larry Byrd and Bucky Griggs, an Arkansas band that was popular when Bud was young. The Yard-leys have been featured in the classic compilation Lost Souls (1960’s Garage and Psy-chedelic Rock’n Roll from Arkansas). Byrd is set to join The Boxmasters as the keyboard player on the “Light Rays” tour. During the time between the 2019 “Speck” Tour and 2021’s “Light Rays” Tour, J.D. and Bud made the most of their time recording 4 new album’s worth of material, including Light Rays. “As soon as restrictions were loosened enough to let us go back into the studio, we got back in to record as quickly as possible.” J.D. said. “Life was so uncom-fortable and we needed to get to the one place that made sense to us, the recording studio. One of the more enjoyable records we made was a new Christmas album for 2021. We really loved the experience because there weren’t any restrictions on what we could do or the sounds we could make. Christmas is in every title so we think folks will get the point!” About The Boxmasters J.D. Andrew · Grammy Award-winning recording engineer whose credits include The Rolling Stones, Kanye West, The Pussycat Dolls, Will Kimbrough, Tommy Womack, Guy Clark, and more. · Mixer of Documentaries “Iron Will, A Veteran’s Battle with PTSD” (2016) and “It’s Not A Race: The Scooter Cannonball Run” (2015). · Co-founded The Boxmasters in 2007. Bud Thornton · Recorded four solo albums “Private Radio”, “Edge Of The World”, “Hobo,” and “Beautiful Door.” · Performed on numerous recordings including Warren Zevon’s GRAMMY winning album “The Wind,” the legendary Earl Scruggs’ “Earl Scruggs and Friends,” and “Anchored In Love: A Tribute to June Carter Cash.” · Recently co-wrote the song “The Middle of Nowhere” with Tony Joe White on his album “Rain Crow.”
Read More

Copyright ©2021 The Factory. All rights reserved.

Your safety and well-being is important to The Factory. The Factory is strictly following all St. Louis County restrictions and policies, as well as recommendations from the CDC, as it relates to COVID-19.

A mask is required to enter the facility and must be worn at all times other than when drinking. An inherent risk of exposure to COVID-19 exists in any public place where people are present. COVID-19 is an extremely contagious disease that can lead to severe illness and even death. By visiting our establishment, you voluntarily assume all risks related to exposure to COVID-19.